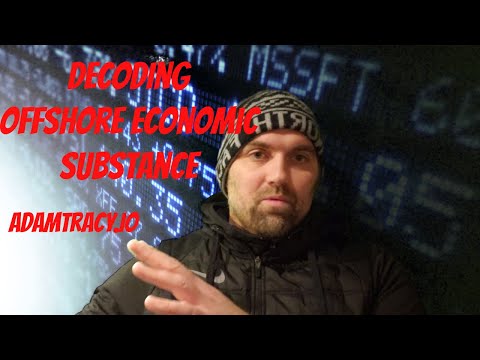 Economic substance rules have made the offshore landscape a bit more costly and a bit more complicated. And what does that entail? Economic substance is broken down into two points: relevant entities and relevant activities. Relevant entities are basically any non-local offshore entity. And for purposes of this discussion, we’re really focusing on the recent pronouncements that you see in places like Bermuda, Cayman Islands, BVI, traditional offshore jurisdictions. You can include Guernsey, Jersey, Isle of Man to those as well, where they’ve adopted their own individual economic substance laws, but they all really look the same and operate in the same fashion. A relevant entity under economic substance is any non-local entity, except for an investment fund. So, for a hedge fund or, to some extent, a private equity or VC-type fund, you may be exempt from an economic substance, but generally speaking, it’s really any sort of offshore vehicle with the exception of hedge funds. Relevant activity relates to the series of activities undertaken by that offshore entity that the economic substance rules will apply to.

That includes banking, insurance, fund management, not the fund itself, holding companies, an intellectual property holding companies, and the like. So, it’s a very broad scope of activities that are covered by an economic substance. If you are a relevant entity and you’re engaging one of the relevant activities, what does this entail? Economic substance is just what it says. It’s that you have to have some substantive presence within the jurisdiction that you’re incorporated in. This includes management or direction from within that jurisdiction, which includes core operating, core operations, or profit generation from within that jurisdiction, having relevant employees. Suitable, right? In most cases, suitable for the activity that you’re engaging in. And also, having a physical location, again, suitable for the activity that you’re undertaking. And so, you can see where these costs and the complexity adds up, but the reality is in many cases, you need nominee directors. You need a registered office, things like this. But there are tasks, right? And there are quasi audits.

How the enforcement looks is a bit murky at this point, but you will, going forward, in order to comply with economic substance in say, BVI. And using the example of, say, a holding company or Bermuda captive insurance company, right? You acquire the license. You’ll need to have some physical presence. You may need to travel there. You may need to hire employees in order to comply. It’s all very vague. It’s all very objective in terms of how many employees does that require? How large does your office space have to be? But it’s also very notable in terms of the incorporation decision and whether you’re going to go with a jurisdiction that has adopted these economic substance regulations versus one that has not.

Like Cook Islands, for instance, has not. Is that now more favorable than say Vanuatu, which is coming on board with economic substance. And from a licensing standpoint, whether it’s a crypto license, insurance license, securities license, whatever the case may be, those licenses, the licenses that are in my world, at least, bonafide and portray some degree of stability and confidence and from a consumer perspective, customer perspective, those are all in nations that have adopted economic substance. So, it’s something that you’re going to have to deal with, whether you like it or not, but there are cost-effective means of doing it, and you really need someone who’s been on the ground there or yourself need to go there and be in the ground. It’s not always the worst thing to go to the BVIs, especially if it’s Chicago in the winter, but you need to actually partake and understand that in addition to your license fees, your normal incorporation fees, your normal incorporation requirements of annual reporting, things like that, you have to maintain this local presence.

Economic substance is really just a trumped-up name for having a local presence, which can be solved in many cases, which is simple as hosting servers. If you think of Guernsey, Isle of Man, what licenses are really in there? Gaming, right? Host your gaming servers there. So, there’s a myriad of ways that you can meet and exceed the economic substance requirements, just a matter of tailoring that to the operation that you’re seeking to run in that offshore jurisdiction. So obviously, if you have any questions, be sure to hit me up: [email protected], T-R-A-C-Y, dot I-O. I’m happy to speak with you and answer any questions you may have. Until next time