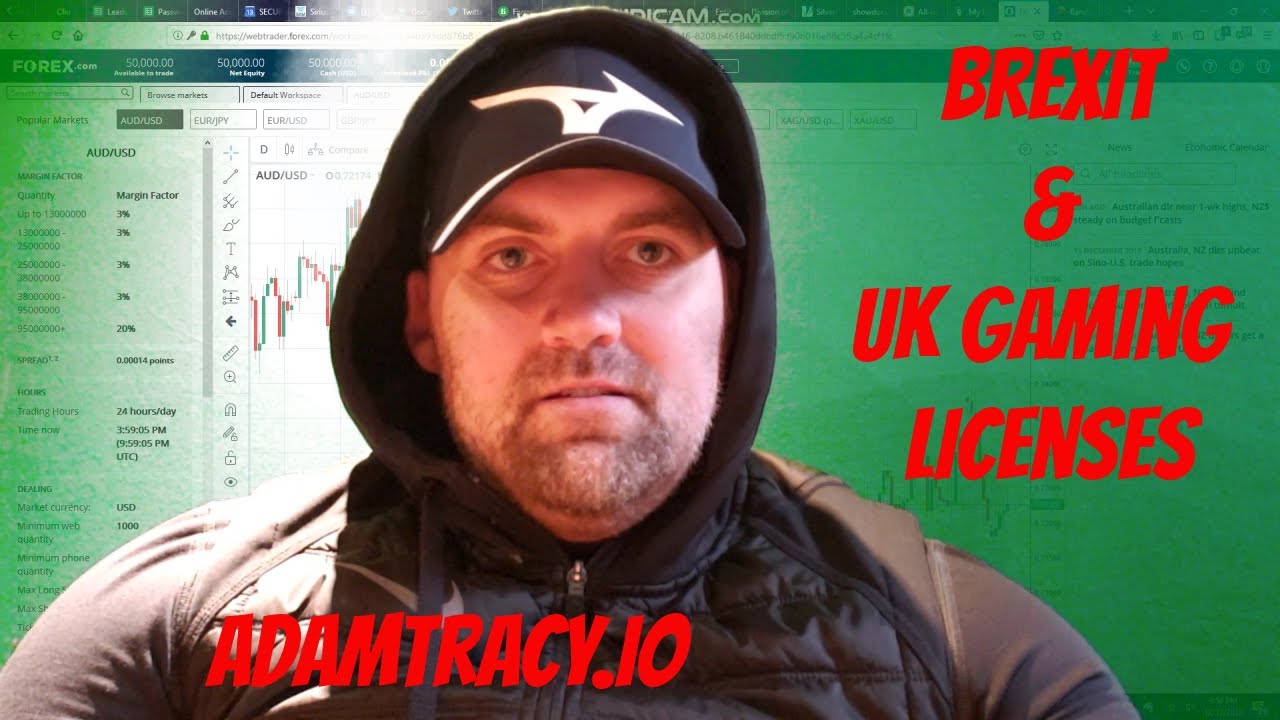 So, Brexit finally passed, and the details haven’t really been worked out, but it’s an interesting problem, right? It forms this postulate, and one of the great things about the EU is the passporting of licenses, which I’ve talked about before, right? And that’s the ability to license in one jurisdiction and have that license be defacto valid in other jurisdictions. In the EU and to a large part the Commonwealth nations allow for passporting. And with Brexit, you have Great Britain leaving the EU and along with it, go Isle of Man, Guernsey and Gibraltar, as being protectorates, for lack of a better word, of Great Britain. And, the question becomes, especially in Gibraltar, where you have a number of crypto, quite a few crypto licenses and major operations relying on that license and being Eurocentric in the sense that they’re operating almost exclusively in European jurisdictions, but now they’re no longer part of the EU.

And the question becomes, can you operate in there? Same goes for, in the gaming space, Alderney, Isle of Man and Guernsey, which are very popular amongst gaming operations and gaming licenses, how do those work? Right now, as it stands, and there’s some talk about creating bilateral treaties, those licenses are no longer valid in the whole of the EU. So, you go from having a license to operate everywhere to a license to operate in the United Kingdom and its protectorates, that’s it. So, what do you do? Well, obviously you have to redomicile, obviously, you have to look for a license in the crypto space, in Malta or somewhere else, that would still give you access to the EU, through bilateral treaty or through being a member of the EU. In the gaming space, you’re a little bit more limited because outside of a Cypress, there really isn’t a very good licensing model for the EU or the United States for that matter.

So, the payment service provider contexts, you always have the Czech Republic, but that FCA license that you obtained from the UK is no longer going to be valid anywhere else, so you have to look for alternatives. And again, this is all being sorted out, Brexit was hastily done and a lot of these things, while maybe right now, especially in the gaming side where the licenses aren’t valid, you may see that change. And you may see that change in relatively short order, like weeks. But for right now, you have to be very cautious if you’re holding that Gibraltar crypto license, because there’s some ambiguity as to whether or not that license enables you to operate in the likes of Spain, and in the likes of France, and the likes of Germany. And those are relatively large markets, each top 10 markets.

And can you operate? That’s the question. And the answer is: I don’t know, because the lawmakers themselves haven’t really figured it out yet, but by the strict interpretation in what I’ve read, they’re no longer valid. The passporting is no longer allowed because there’s been a clean break from the EU, much like the US license wouldn’t be valid in France, for instance. Because there’s no passporting between the two nations as it relates to licensing for crypto or for money transmission or anything like that. So, really quick, but interestingly thing to consider, especially if you’re operating in one of those four jurisdictions that I mentioned, whether it’s gaming, crypto, payment service providers, even in the securities industry, you’re no longer part of the EU, what do you do? What’s your next move? And do you have to redomicile and obtain a license in like a Malta? I think the answer may be: definitively, yes.

And at least for the time being, it may be necessary, until the dust settles, but that’s the stark reality of Brexit at a micro-level. You have the macro clean break and the rah-rah about it, but on the micro-level, it actually impugns a lot of operators in the crypto space and gaming space, who really had no horse in the race. So, you have questions about it, especially if it’s specific to your license or to your operation, by all means, hit me up, Adam at adamtracy, T-R-A-C-Y. io. I’m happy to try to work it out for you and see if I can solve any problems that you may have. I’ll talk to you soon.