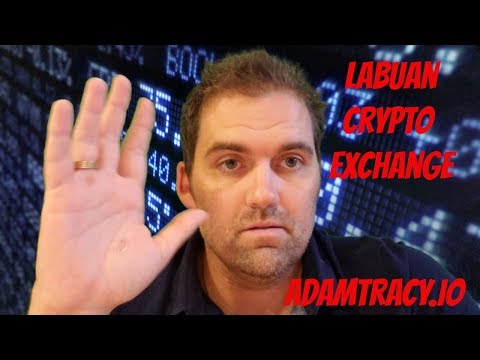 So the island of Labuan is a very interesting crypto locale that very few people discuss. And if you’re unaware of Labuan, it is an island off of the coast of Malaysia, and it’s a… much like Puerto Rico is to United States. It’s an independent territory, but still part of Malaysia. But what they have is their own financial services sector. And while Malaysia and other Asian countries have been very anti-crypto, Labuan has gone the other direction. And what they offer is a money broking, uh, license. Right? Which is a relatively easy license to get. Takes approximately four months, uh, needs show paid in capital of about $100,000 US, which can be in the form of proof of funds, can be in the form of audited financials showing investment into the company previous investment accompanied by the owners, and the like. But it is a very robust license, and ideal for a crypto exchange. Right?

There is supervision, obviously, in terms of in regulation regarding KYC and AML. Uh, but it’s not nearly astringent as you’ll find in other offshore jurisdictions and certainly not astringent as you’d find in, say, the United States or anywhere in the European Union. So, when you’re looking for a outlet to tap the Asian market, Labuan is really an ideal location because of the speed, the timing and the cost. It’s a relatively inexpensive license to obtain and it’s very, very robust. Now, in Labuan the crypto does fall under the definition of a security, but it’s still covered by a money broking license, as opposed to their investment banking or security’s licenses, right? So you still have that flexibility. And with that flexibility and with that sort of odd definition, the country’s been very receptive to ICOs. Right?

So it’s a great to not only launch an exchange, but also to launch an ICO, and if you put the two together, what does that give you? Well, that gives you an initial exchange offering or an IEO, which I’ve talked about and have some problems with. But I think the framework and the structure of the Labuan license actually lends itself to being able to do that, and the reciprocity that you’ll find with many other agent countries would afford you the ability to operate and to reach investors in different nations, cause obviously Labuan isn’t small enough to support anyth- It’s small enough to support any, you now, significant operation. But it does give you access to the broader Asian markets, which really, are difficult to reach from most offshore jurisdictions.

So, it’s a very, very obscure place, but coming online you’ll see that there’s a handful of exchanges that are licensed there now. There’s, from what my research indicates, there’s about three or four in the mix in terms of, uh, seeking to obtain the license, which is a relatively easy license to get. My experience has been in the money transmission and remittance space with, with regards to Labuan, but the process was easy, um, as it relates and compares to, you know, other jurisdictions so I would imagine that it’s something that you can obtain and can obtain with, uh, relatively [inaudible 00:03:47] of ease compared to, say, you know, the bit license or a state money transmitter license or anything to that effect.

So, check out Labuan if you can find it on a map. May be touch. Off the coast of Malaysia, but great, great opportunity for not only crypto exchanges, hosted wallet providers, uh, and ICOs, IEO companies as well. I’m Adam Tracy. Check me out. New website. Adam Tracy. T-R-A-C-Y dot I-O. Always email me at [email protected]damtracy.io and I will, uh, talk to you later.

Adam S. Tracy earned his Bachelor of Science in Computer Applications and Bachelor of Science in Finance from the University of Notre Dame. He subsequently earned his Masters in Business Administration from the DePaul Kellstadt Graduate School of Business, while concurrently earning his Juris Doctorate from the DePaul College of Law. Adam lives outside Chicago with his with his wife, son, four dogs, and two cats.