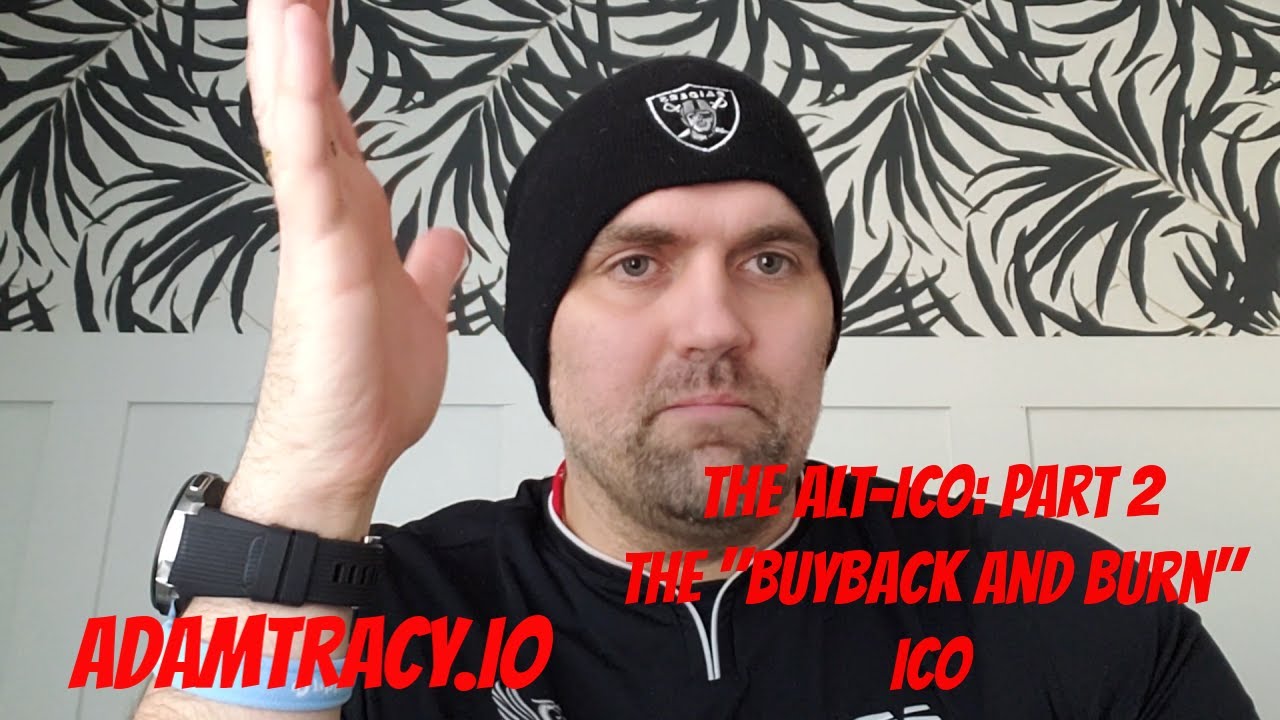 So buyback and burn are becoming more popular and you see finance putting in a smart contract. And basically what it entails or functions like is a stock repurchase where the tokens are repurchased by the issuer and then burned, taken out of circulation. It has the effect, or at least the intended effect, of increasing a token’s price on an open market. So the question becomes, is there some value in the concept of an alternative to an ICO? And you see stock repurchase all the time. Apple is one of the big companies that do it. But you don’t see any rhyme or reason to when they’re doing the repurchase or how they’re going to do the repurchase, what prices. All that’s kept secret. But with a buyback and burn smart contract, that’s all brought to light in the sense that it’s coded into a smart contract.

So the question becomes, and building off my discussion on free stock is, what if you created a float of your token to start with? So free stock obviously has its issues, but airdrops and bounties, if done correctly, can be illegal and are done all the time and have faced a great deal of regulatory scrutiny because there are exemptions like 701 that will cover an airdrop and bounty. And what if an issuer put substantial tokens into the marketplace and created a listing for those tokens on an exchange, those tokens began to trade? Well, if we implemented a buyback and burn, granted, those tokens may have been given for effectively nothing. Some modicum of registration or work, if you will, in the context of a bounty. What if those tokens were subject to a buyback and burn? All of a sudden there’s some scarcity in that token and the token price would, in theory at least, go up.

Well, if you coupled this, let’s call it free token issuance with the buyback and burn bringing the price up, if you coupled that with a safe, because obviously, you need to fund the buyback, it’s a simple agreement for future equity and you could raise a little bit, because again, you’re giving the tokens away at a very low value, basically nothing. You could effectively build a valuation on the basis of that safe and then do a second round and a much higher valuation, an equity round. And you’ve done this through the appreciation of the token, which is directly related to the buyback and burn.

So in this sense, you avoid the regulatory hurdles that come with doing a straight ICO, as we’ve talked about here before, but you’ve created a valuation as if you have in fact done a successful ICO. And you’re doing an equity play at the end of the day to couple that safe, to appease those safe investors who funded the buyback. But it’s a process that I’ve seen work before. Not work very often in the sense that not many people are doing it, but it’s decidedly something that is an alternative to an ICO because not everybody is going to fit into that model of an SCO.

There’s a lot of gray area and you’ve seen with no action letters that have been issued by the SEC. Not every ICO is in fact an STO. There can be a non-security token offering. And the question becomes, how do I create valuation from that, and how do I do it with the least amount of risk? How do I mitigate the regulatory risk that’s involved in it? Well, the buyback and burn ICO is effectively one structure that I’ve seen work, and it’s most plausible in the sense that it’s creating valuation but without the actual ICO elements of selling a token initially. That token float that you have to create comes from a lot of guerrilla marketing and a lot of exposure for your transaction and your deal and your company.

But it’s decidedly plausible, because you see a lot of great deals have phenomenally successful airdrops and bounties, and that’s all you really need. You need a float and you need to minimize that float to bring up the value. And then you go back to the equity markets when you have a valuation and you raise the money that you need to continue the project. When you have proof of concept, you have proof of users because you have ICO token holders. You have token holders and you’re off to the races. Obviously, the equity markets can be tough, but the ICO markets can we tough. You can see how many failed ICOs there have been. Right? I would argue that it’s almost easier to raise money in an equity context right now than in an ICO context than an STO.

So one thought to think about the buyback and burn ICO. This is part two of six. I will be back again here shortly with another alternative to the traditional ICO that does not include an STO. I’m Adam Tracy. Hit me up, [email protected], and I’ll talk to you.